Have your own Film festival and plan your next family movie nights “en français” !

As the 72nd International Film Festival opens in Cannes, our team would like to share with you some of their favourite childhood movies!

Have you watched  Peppa Pig, Mathilda, Paddington and the Harry Potter sagas too many times with your children? It is time to discover wonderful French films and practise French at the same time!

Babar, King of the Elephants is Ramzi’s favourite film. Adapted from the children’s book and suitable for 2 to 6 years old

SYNOPSIS: Babar is a young elephant raised by an old lady, who decide to bring back peace in the elephant kingdom helped by his friends Celeste and Arthur.

Ramzi says: “It reminds me of my childhood as it’s one of the first films I watched with my family. You can also find this great classic children’s characters in several movies, cartoons and of course books.” 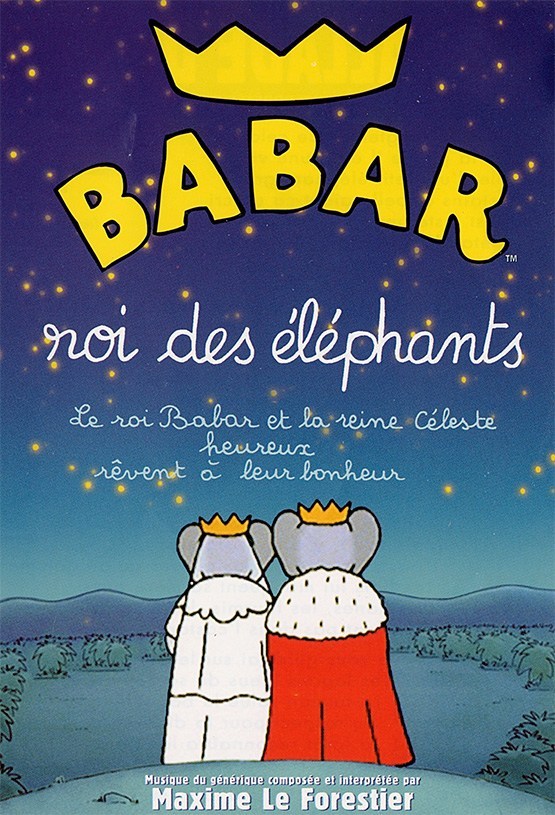 The Twelve tasks of Asterix is Laura’s favourite film. Adapted from the famous French comic “Asterix” and suitable for 4 to 99 years old!!

SYNOPSIS:  Gallic heroes Asterix and Obelix take on the might of the Roman Empire. When Julius Caesar finally fears that he may never be able to defeat Asterix and conquer his village, he comes up with a deal; if they can pass twelve of his chosen tasks, the whole of the Roman Empire will be theirs. If not, they must surrender.

Laura says “This film reminds me of my father as I always watched it with him! It’s a fun film as some of the tasks are similar to the Hercules’s ones, but some of them are reinvented in a really comical way! I have seen it so many times, I can still say what happens during each task and in the right order!” 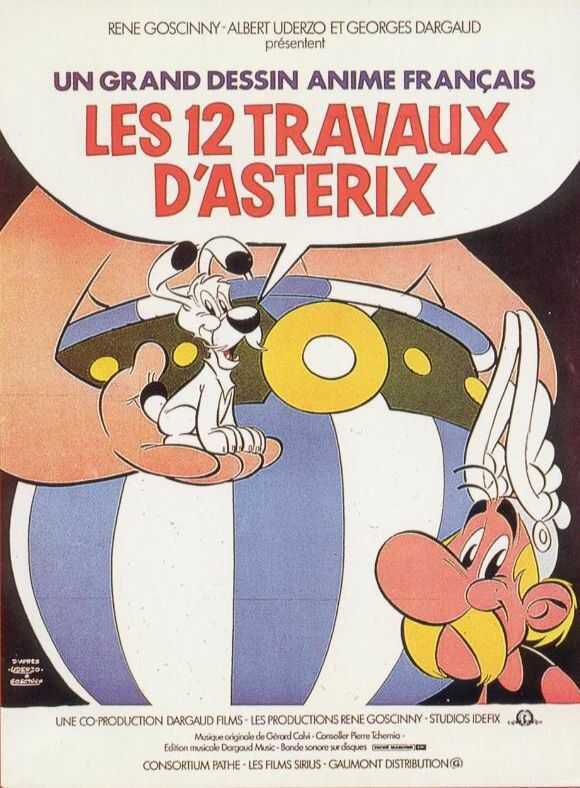 Donkey skin is Laetitia’s favourite film . Adapted from the tale by Charles Perrault & music by Michel Legrand – suitable for 4 to 10 years old.

SYNOPSIS: In a magical, faraway land, a widower king decrees that he will wed his daughter, the princess (Catherine Deneuve), because she’s the only woman able to match his former queen’s beauty. To dodge the  union, the princess with the help of a magical fairy disguises herself as a donkey and escapes to a neighbouring kingdom. There, the donkey-skinned maiden encounters a handsome prince who falls in love with her.

Laetitia says: “In my memories this film is full of colours and magic, with magnificent decors and costumes. I watched it with my sister and I remember that we couldn’t decide which dress was our favourite between the “moon colour” one or the “weather colour” one! So beautiful! We also had fun placing a ring in our cake dough singing, like the main character does in the famous scene.”

Check out the trailer!

An Indian in the city is Amélie’s favourite film and is suitable for 10 to 16 years old.

SYNOPSIS: Steph, a commodities broker living in Paris, wants a divorce from his wife Patricia to marry another woman: Charlotte. However, Patricia has been living among the Venezuelan Amazonas Indians for the past 13 years, so Steph travels to the Indian village to meet her and ask her to sign the divorce papers. When they meet, Patricia tells Steph that they have a teenage son, Mimi-Siku, who has been raised as an Amazonas Indian. Patricia tells Steph she will not sign the divorce papers unless Steph takes Mimi-Siku on a visit to Paris, which he agrees to.

Amélie says: “I discovered Paris with this film as I had never been to the French capital before! It was an opportunity to see the Eiffel Tower from a different perspective 😉 It was also really funny to see the differences between the Indian habits and culture and ours.” 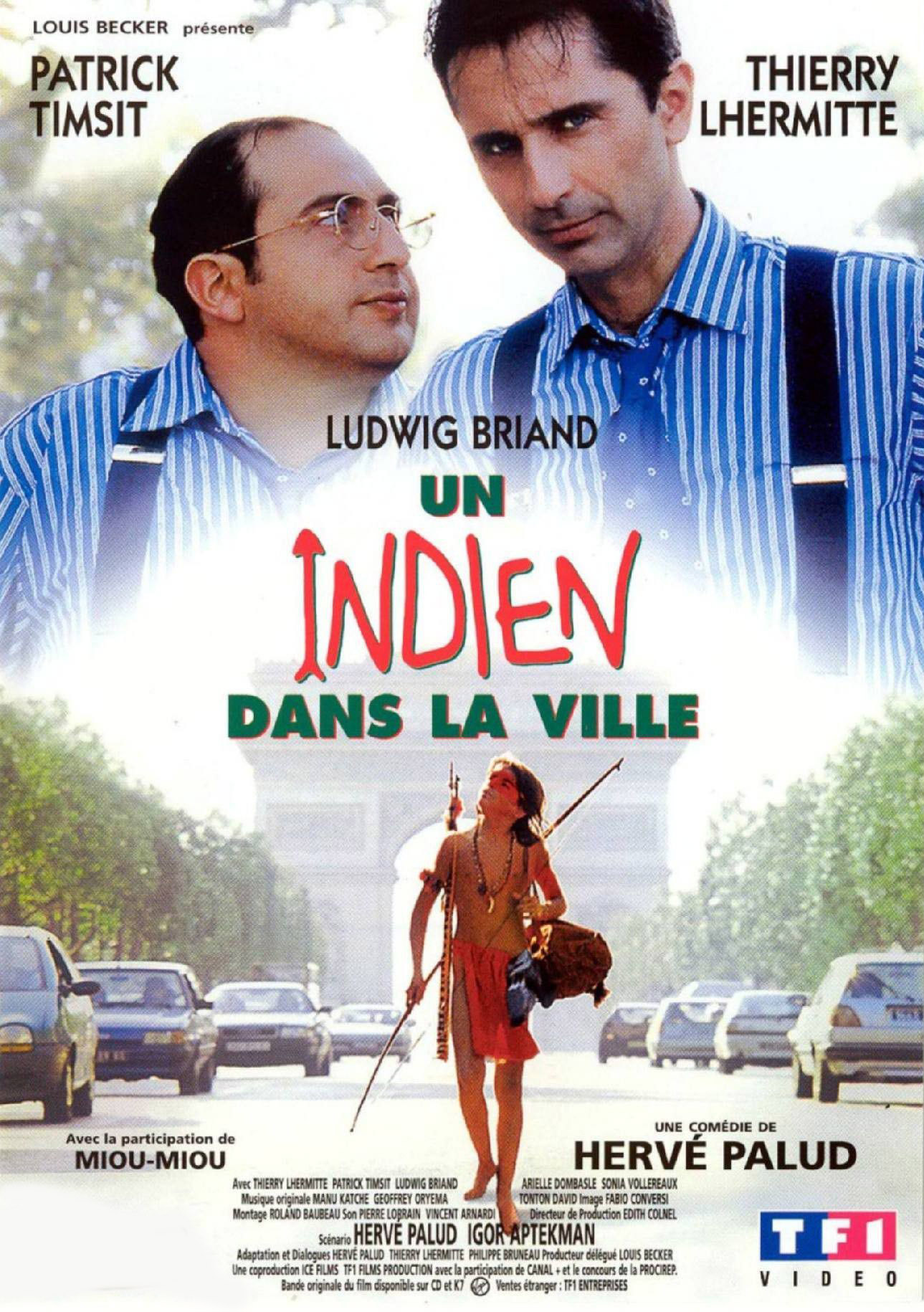 Kirikou and the Sorceress is Stella’s son Harry’s favourite French movie: Adapted from an African tale and suitable for 3 to 8 years old

SYNOPSIS: The tiny Kirikou is born into an African village upon which a sorceress called Karaba has cast a terrible spell. He wants to rid the village of the curse so he goes on a voyage to the Forbidden Mountain, where the Wise Man of the Mountain, who knows of Karaba and her secrets, awaits him.

Harry says: “I recently rewatched my childhood favourite of ‘Kirikou et la Sorcière’ and incredibly it was as good as I remembered it. It’s a film of such honesty and humanity that I think it truly bewitches adults and children alike. Kirikou teaches the value of curiosity and the wisdom in persistence, all drawn with a clear respect for nature and a refreshing cultural setting. A must see!

And finally, we would like to recommend this film too even if it’s not a French one, as it represents the culture of French gastronomy.

This is Julien’s favourite film and is suitable for children from 4 years old.

SYNOPSIS: Remy dreams of becoming a great chef, despite being a rat in a definitely rodent-phobic profession. He moves to Paris to follow his dream, and with the help of hapless garbage boy Linguini he puts his culinary skills to the test in the kitchen but he has to stay in hiding at the same time, with hilarious consequences.

Julien says: “I love this film about French gastronomy, full of “clichés” of Paris. Did you know that the restaurant in the film “Chez Gusteau” has been inspired by “La Tour d’Argent” the oldest restaurant in Paris? Just to warn you, after watching this film you will crave French food!” 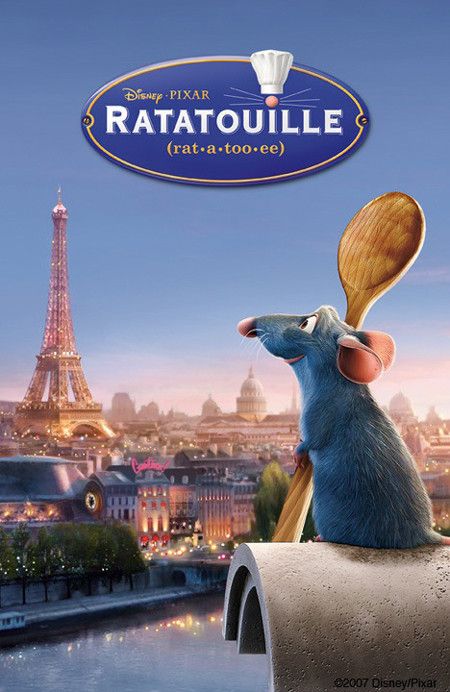