We all enjoy the thrill of a child uttering their first words in a second language. Or the moment a child proudly recites their French vocab list – impressing parents, teachers, and themselves. But how much use would this be for our children should they venture with us to France itself? A repertoire of French words alone does not make the young bilingual travellers we dream of.

Research has shown that there is a superior method to these traditional ‘taught’ language strategies: immersion. Immersion is the language-learning approach that allows children to communicate in a second language and understand a new vocabulary in the right context. It allows children to get the same training as those raised in families where two languages are spoken, and picking up another language happens effortlessly.

So, what are the key elements to successfully teach the immersion method and how does it work? 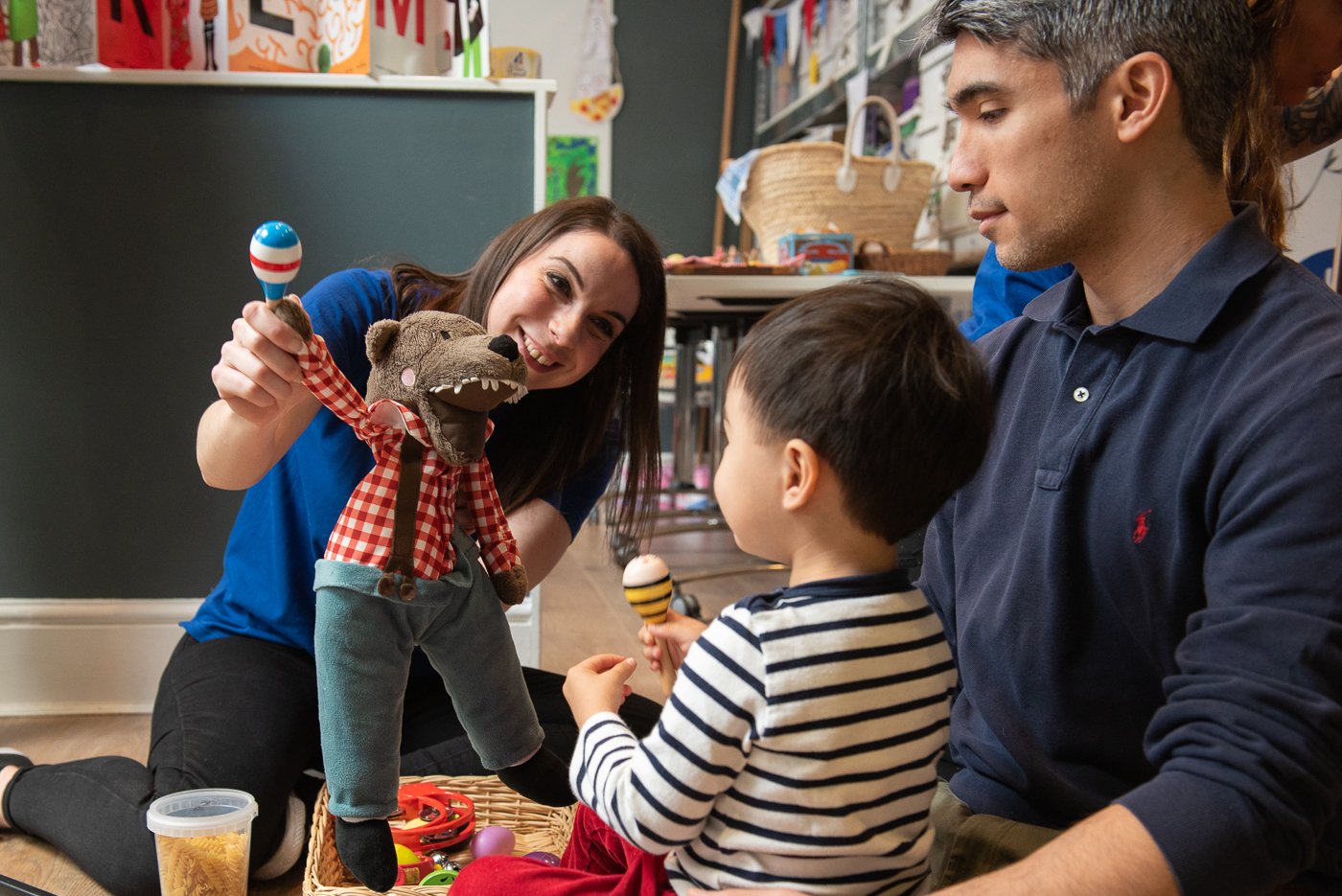 An immersion programme uses the target language as a means of communication from the very first exchange. Let’s take French: research proves, with immersion teaching there is no need for translation to link what is being spoken to what is being described (whether a picture, action, or experience). The target language is used for every aspect of the learning session – from instructions and feedback to comments and exchanges. Children absorb the language as they do when they are first learning their mother tongue – through absorption, curiosity, and exploration.

Effective immersion sessions are non-competitive learning environments, where children are put at ease and encouraged to experiment with the language around them.

For the immersion process to work effectively, your child needs to be actively engaged within the immersion environment. Opportunities to communicate are essential; if there is no need to communicate (if the environment is not stimulating) he/she is tempted to sit back with no desire to take part. If an immersion session included activities which interest the child, they are naturally eager to listen and are willing to communicate. Activities should allow the child to create and think critically – nothing encourages a child to speak up more than an exciting, creative problem that needs solving. 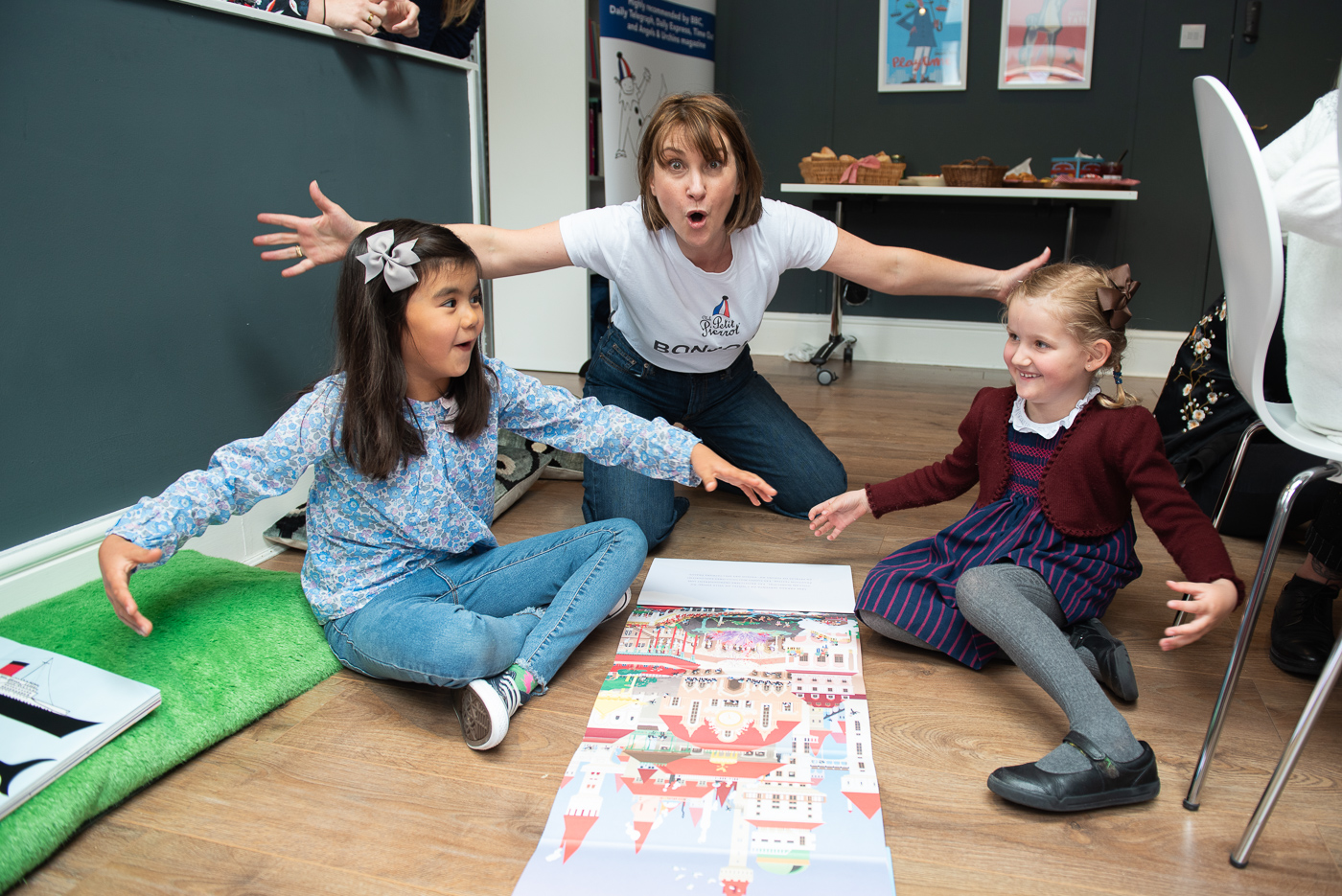 Teaching entirely in the target language is not an easy task; in our case, French must be spoken all the time – during both structured and unstructured play. It requires huge amounts of preparation. Each session requires a lesson plan to organise and implement a variety of cross-curricular activities. To carry out the session successfully, our teachers need to:

The importance of a native teacher 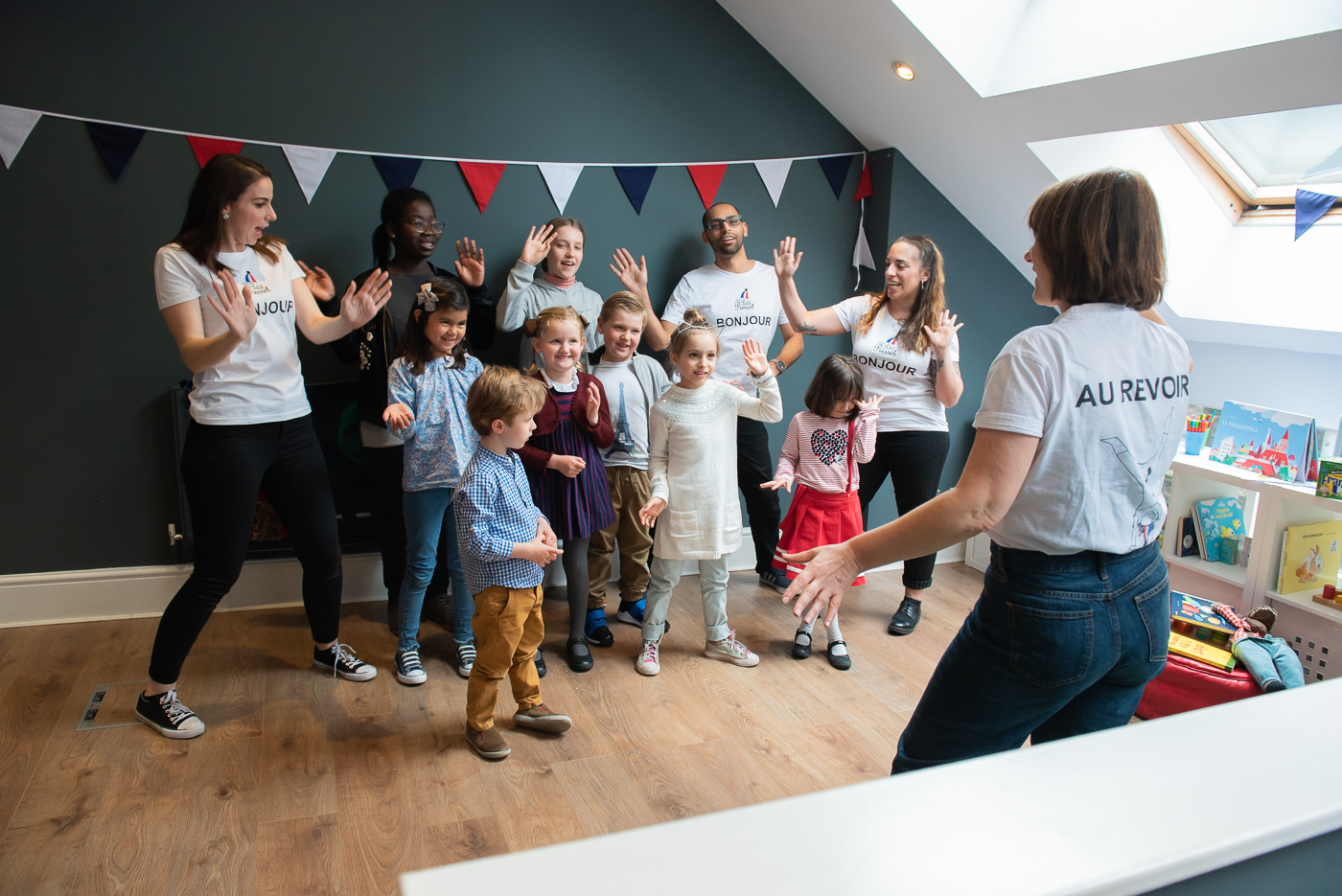 If we want children to speak like natives, we need to give them the opportunity to learn from those who speak French as their mother tongue. This way we are exposing them to those who can confidently, naturally communicate in the language with all its nuances.

What’s more, children pick up on accents whether they are authentic or not! A native French immersion leader will ensure your children take on a beautiful French accent from the start.

How much is needed?

You’d think that it would take years of intense study to become bilingual. After all, children leave school with French qualifications and often have a way to go before they can consider themselves fluent. Yet with immersion, science has suggested that a playful approach, as little as one hour per day can be effective.

Let’s look at how French immersion might work for your child. During this craft activity, a boy is engrossed in making a flower. He needs complete concentration to succeed. He needs to watch and listen carefully to the instructions, given in French. Caught up in this fun activity, he must link every action to what the teacher says. Often, he repeats or responds spontaneously, without being aware of it.

This is a great example of how a child on a Club Petit Pierrot session is actively engaged, having fun and developing his fine motor skills while learning French without realising it! Here a second language isn’t ‘learned’, it’s simply absorbed.

With a high quality, full immersion programme, you will witness rapid progress. But what you might not see straight away, is that immersion enables your child to be a confident language learner for life – eventually enabling him/her to become fluent.

Children can start their journey to bilingualism following our Immersive sessions!